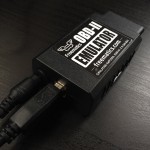 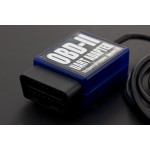 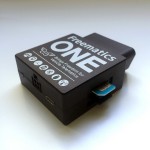 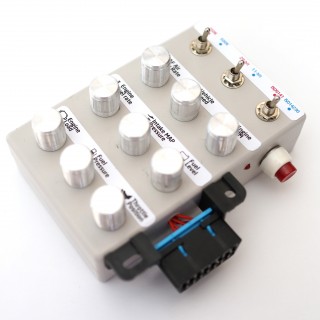 Freematics OBD-II Emulator is a vehicle OBD-II port emulating device in a 12x8x3cm enclosure with a standard 16-pin female OBD-II port, 9 rotating knobs, 3 switches, a USB port, a DC 12V power input port and a power button. The OBD-II female port is identical to the one in a real car. OBD-II compliant devices plug into the emulator, get powered and work as if plugged into OBD-II port of a real car. The emulator is practically useful and cost effective in OBD-II application development by saving the time and fuel for debugging and testing programs with real cars.

By default following OBD-II PIDs can be controlled through the 9 knobs:

Freematics OBD-II emulator can be configured by the 3 switches or USB serial command line interface.

The simulated protocol can also be altered via the serial command line interface. To do this, connect the emulator to a computer with a USB cable, open serial interface (with any serial terminal program) with baudrate of 115200bps, and then enter one of the following commands followed by character 0x0D (\r). 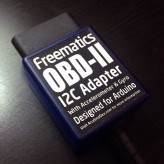 Freematics OBD-II I2C Adapter (for Arduino)
US$39.90
Add to Cart 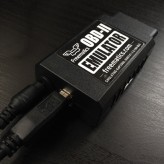